We have all seen the TV commercials showing abandoned and abused cats and dogs in need of a forever home. The group promises to save the animals for just less than $1 a day. With 70 million households in America with pets, who could possibly say no?

Unfortunately, the vast majority of this money is not going to provide shelter for those cats and dogs. More often, the money is used to pay for massive overhead costs. 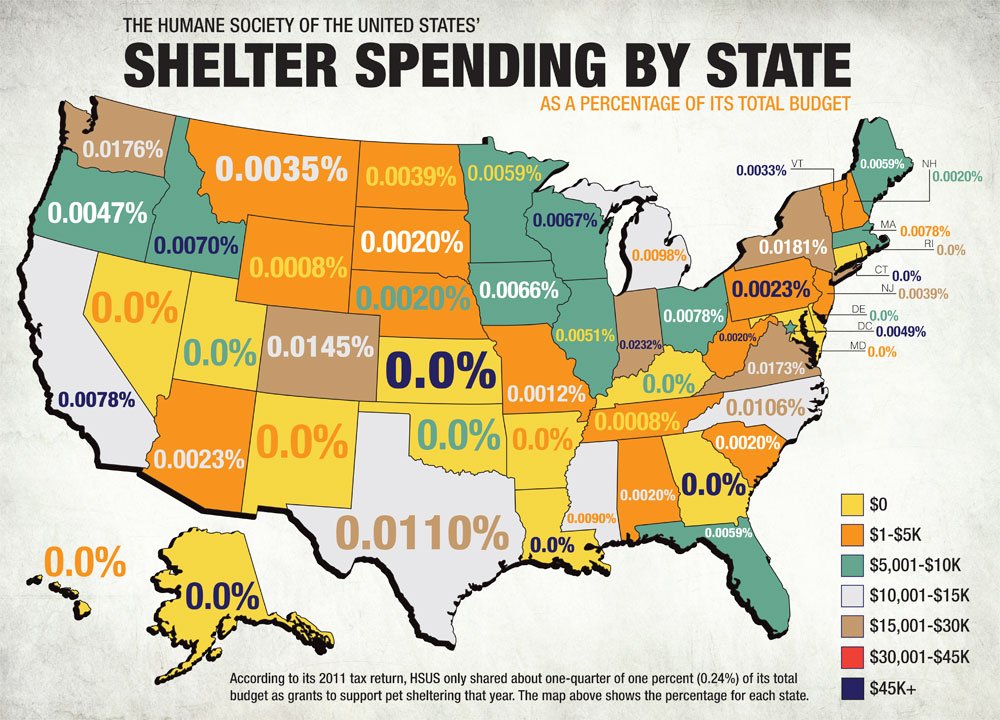 The facts about the Humane Society of the United States (HSUS):

If you’re looking to provide the best help for pets in need, BarkThink encourages you to remember “give local” and donate directly to your local shelters.